Our 24th Anniversary and Old Sacramento

It's our Anniversary today 24 Years! I can't believe it, where has the time gone...
I can't wait until next year, we are planing on taking a cruise to Alaska, maybe. 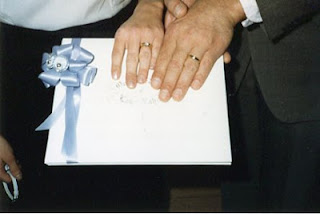 Steve and I live in a rather small town in a neighboring Placer County right next door to Sacramento County, so it's always fun to go to Sacramento especially Old Sacramento. Today was our 24th Anniversary so went to our favorite Seafood Restaurant, Joe's Crab Shack.
Old Sacramento is a fun place to go and in my opinion it's about the only place to go in Sacramento except the State Capital.
But we live halfway between San Francisco and Lake Tahoe so no matter which direction we go there is someplace fun. South is Los Angeles about an 8 hour drive or so and further north Oregon about 6 hours or so.
The winters are cold the summers are very hot into the 100's and upper 90's from July through August and even into September and October it can be very warm. I do hate that very much.
I much prefer spring weather and our falls are not cool.
I have been to Old Sacramento so many times, but today I wanted to focus on the architecture, so I photographed that today.
I took a lot of mini videos and put them together for one cute video. If you watch it you can say you've nearly been to Old Sacramento. What will you see in the video, well you will see dancing waitresses, Sacramento River, a Mime, an Indian playing the flute?, a bum playing the flute, a horse and buggy, Steve and me and some of old Sacramento. Very cool!

Old Sacramento from katwhite on Vimeo. 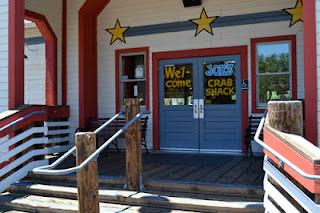 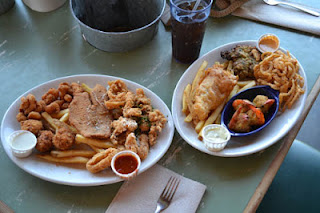 Lunch I had some of the one on the right, crab cakes and shrimp and fish and chips, brought a lot of it home. 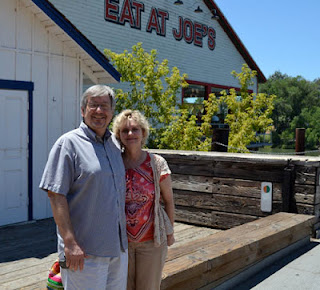 Blinded by the sun 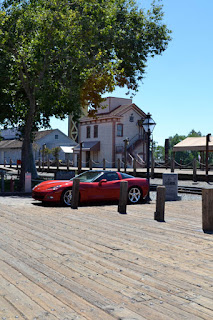 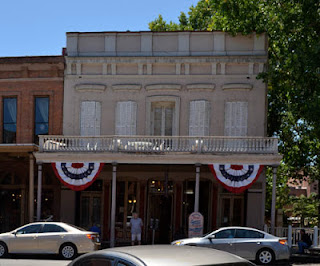 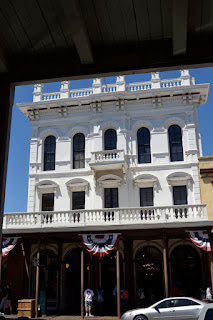 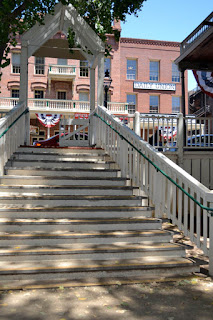 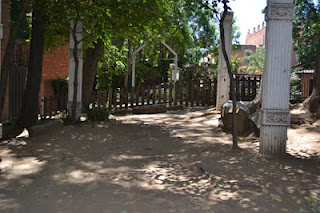 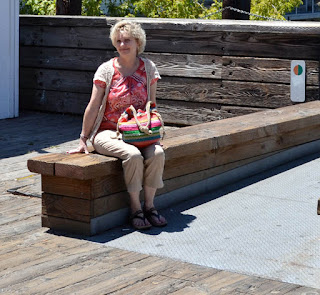 Until next time have a great week!