Happy Independence Day family and friends!
Celebrations goes back to the 18th century and the American Revolution (1775-83). In June 1776, representatives of the 13 colonies then fighting in the revolutionary struggle weighed a resolution that would declare their independence from Great Britain. On July 2nd, the Continental Congress voted in favor of independence, and two days later its delegates adopted the Declaration of Independence, a historic document drafted by Thomas Jefferson. From 1776 until the present day, July 4th has been celebrated as the birth of American independence.

This year I am trying to blog a bit more even if I cannot get around to visit friends! I am certainly going to try and catch up this weekend.

Today we are not doing a BBQ it's been to hot and this weekend it our big Anniversary party so that is enough work for me. The kids are all stopping by as they area all driving up to our town for the fantastic fire works show they put on each. I just made some desserts and they will all stop in on their way to the park for the fireworks.
Here are my cookies made from the cookie cutters I bought, this is three of them. Bird, Flag and star. 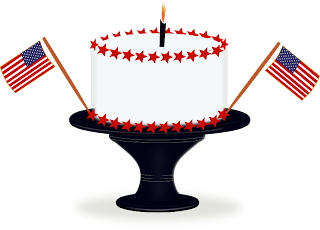 I made a cheesecake for the get together as well. 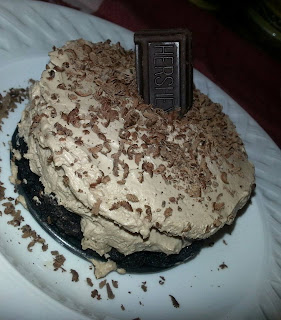 I got this chocolate cheesecake recipe from the kraft website and I will be eating it! I changed the crust to Oreo cookies instead of graham cracker crumb just to change it up a bit.
Here is the recipe, I put them in the individual cheesecake pans by Wilton. I have a set of 6, they came that way.

I found a link to all Kraft's 4th of July recipes, they all look yummy! click here.

Have a happy and safe 4th of July!